Melanie had a headache by this morning. She did pretty well initially, but she moaned later in the morning. Maybe mixing the alcohol and Percocet wasn’t such a great idea in the end. Yes, it did get me laid with her. I was a bad boy with her last night when I made her stitches bleed a bit while I pulled on her hair during sex, but something about the arch on her back was too irresistible to not be plunging myself deep into her butt! She arched her back with each thrust, which made me pull her hair harder as she lifted her face off the pillow. It’s amazing that there isn’t a single blemish on that girl’s angelic body! After I filled her up with my high octane, she immediately fell asleep. I, however, was wide awake. I watched the lamp light shine off Melanie’s back as she laid asleep and watched her breath silently. My mind began to wander and race. Where is Sarah? What does Melanie think about all of this? And why is Angela texting me and calling me constantly? Oh yes, I need to send some more money to Cherise. She texted me telling me she wanted to move out but needed a reference for the next rental. She was behind in her payments again and couldn’t afford that rent. How much money is in my checking account and when is my next paycheck? I really needed money after all the trips I’ve taken and time I’ve spent with my various women! Dinner and time off are expensive, and I already was late with my mortgage. Then I remembered the money I had missing. I looked at Melanie, innocently sleeping on the bed, drunk and drugged. The bed sheets around her were a bit bloody from all of the anal sex that we had. I was surprised she wanted it that way so much despite her apparent pain,  but I’m not complaining because I really enjoyed it with her! So, back to my question about Melanie….did she take my money or was it the maid?

I couldn’t help myself, so I poked around in Melanie’s purse. I saw a few pill bottles, one of which was her Perocet. Then, there was some Valium in there as well. I shook each bottle a bit as I went along without fear of awakening Melanie. Also, there was Prozac and Lithium….I guess she is a bit manic and depressed? I never would have guessed. Then I noticed another bottle that read Truvada. My jaw dropped in the midst of my intoxicated state. Did she have HIV? I couldn’t believe it. I panicked. I couldn’t imagine getting AIDS and never being able to go back to Sarah or for that matter, any semblance of a normal life! I felt doomed. I looked over at Melanie’s naked body. We had exchanged a lot of different body fluids recently, and we even had sex on her period. Yes – we went down on each other and I was drunk each time. It was dark in the room, of course…

After a long minute, I tried to imagine the pill bottle being for something else and moved on to her wallet. There was a lot of cash in there. My guess was it wasn’t all hers…. 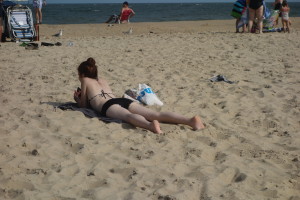 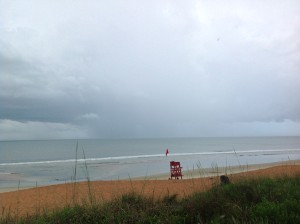 No winds, warm weather. Perfect in most ways!