We got home safely last night, and I stayed with Melanie until the morning. I wasn’t scheduled to work tonight, but I wanted some time for Angela, whom I had been texting with furiously over the past day. Angela is upset that I hadn’t been around much, and that’s understandable. She also keeps alluding to us needing to have a conversation. Ok…fine, I get it. She wants more of me maybe? Anyway, Melanie and I had one more go of it together this morning. Again, it was unprotected sex because I didn’t have a condom, and she feels so damn good I can’t resist it. I skirted the question of whether she had anything I needed to know about, and of course she said ‘no.’ For some reason I decided to blow off the HIV thing since she was Sarah’s sister, and I’m certain she wouldn’t throw me under the bus and give me a disease as well.

I had a lot to take care of back at home. Bills had piled up, and I needed to get the leaves off the yard and get my shifts at work together. I needed money real bad. In the midst of all this, I ran across a picture of Sarah in one of my folders. She had written on the back of the photo, “I love you always.” I remember the card she gave it to me in, and the feelings that went with it. I know I betrayed her, and I missed her dearly. I began to pick up the phone to call her, but at the last digit, I held back. What about Melanie and everyone else? I’m not ready for that commitment yet, in spite of the overwhelming calm that Sarah provided for my life.

Angela and I are meeting up for dinner tonight. I must say I was getting excited about seeing her. I haven’t texted Melanie all day since I left her naked on the couch. I feel a bit distant from her at the moment. It’s been several days since I’ve seen Angela, so I cleaned up and drove over to her place in a rush. When she opened the door, she quickly jumped into my arms and hugged me tightly. We began to kiss fervently as I reached around her waist and slid my hands up her back. I can’t believe the woody I got for her as we rubbed together, and likewise, Angela was pressed totally on me. It wasn’t but a moment later that we ended up in the bedroom for our appetizer of sex. Actually, I completed it orally with her since she didn’t want to get all messy before we went out to eat. I was fine with that as I laid her head down on her pillows and rammed myself into her mouth…. 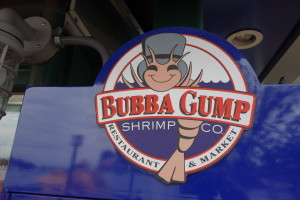 Dinner at the Gumps with Angela

The rest of the evening went quite well, or should I say, patterned, with the usual obligatory hand-holding and occasional kissing. It was enjoyable, but I got a bit upset that two of my credit cards were over their limit and wouldn’t go through. More stress. I need to win the lottery.