So Cherise is excited to be moving out of her current place. Today we went and saw her new humble abode, in the basement of a middle-class, colonial-style house. The owners live upstairs and seem to be a nice family. They are very interactive people, and their kids seem to be quite excited to see new faces. Cherise has a very sweet demeanor with children….of course that made me suddenly remember my conundrum with Angela and my stomach began twisting inside. Cherise caught me staring off when she grabbed my hand to snap me back to reality. “See that room over there? I’m gonna do some crazy things to you when I move in here!” As she said that, she reached down my pants and started rubbing my cock briskly. We exchanged short, but sensuous kisses and then quickly went on about our business of sealing the deal with this new rental. Cherise presented the owners with a check for the downpayment and the “letter of recommendation” from her prior landlord (the letter she wrote and I signed) .

We left the new house an hour later, the deal sealed pretty much, with Cherise leaning heavily onto me as we walked along. “I wanna play with you…” Cherise spoke in her sexy voice. I couldn’t resist her tractor beam…

The sex seemed crazier than ever when we got back to her place. I practically ran out of energy between holding Cherise up against the edge of a couch while we had sex, to her demanding that I fuck her ass on the bed a few minutes later – I was wiped out. She kept yelling at me to go harder, faster, and cum inside her. I think my tank went to empty, or maybe the lack of alcohol and worries over Angela kinda shut me down a bit. The next thing that followed was an interrogation by Cherise about my poor performance just now. Obviously I couldn’t tell all regarding that, but it was insane how Cherise suddenly just exploded with energy once we got back. She was in the bathroom changing into lingerie for an extended period of time and showed up in the bedroom where I was watching “The Kardashians” when she walked to the doorway, and started sliding up and down the door jamb, riding it like a stripper’s pole. She is really athletic, and the lingerie highlighted every soft, delicate feature of her incredibly shaped body – not to mention the fact that she had perfectly soft skin – and I mean everywhere, because as muscular as she was, her hands, feet, and back felt like smooth silk. Irresistible! The one thing about her that intrigued me was her rapid mood changes, for one moment she could be introspective and quiet, and then minutes later, she would get wild and sex-frenzied! 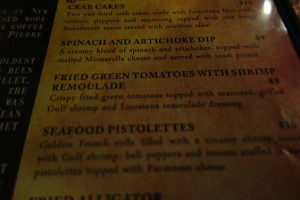 Early dinner before a perfect dessert! 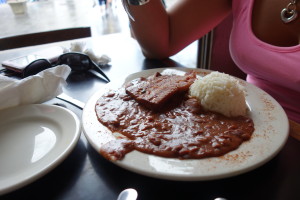 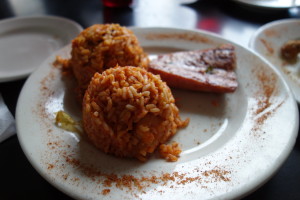 We ended the day with an early dinner and more dessert after, and I don’t mean the fattening kind. We extended our good times tonight when Cherise offered me a line of coke once again, to which we both indulged and partied the night away!