So Christmas was really hectic. My work schedule was insane. I somehow forgot to schedule myself for sleep! Luckily Amazon has great delivery service, so I was able to order all my presents on-line in between patients. My parents expected me to join them at home this year for our typical family gathering, inviting me to bring along my ‘secret girlfriend’. This year, Angela decided to go home and visit her parents, who were fully accepting of her pregnancy. She begged me to join her for this Christmas celebration at her parent’s place. I was torn, but I felt strongly that the best thing to do was go with her, otherwise she might demand that I bring her to my parent’s place. Of course my parents had no clue about the pregnancy.

Her family lived several hours away, so we were going to stay overnight. I had never met them before, so this was going to be awkward, and of course, my parents gave me hell about not being at the house gathering. The morning before we left, I went over to give Melanie her Christmas gift, a small bracelet I ordered from Tiffany’s. She was absolutely ecstatic about it, and kissed me wildly after she opened the gift. I had arrived in the early morning at her place, and she was still in her soft, fuzzy night pants and bathrobe. She looked irresistible, and of course, since she offered, I took her up on a quick session of intimacy… 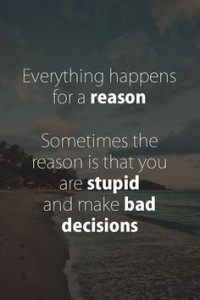 So later today, after four hours of sleep, I threw some clothes together and ran over to Angela’s. She was looking a bit tired and her weight gain is beginning to show, especially with all of the swelling in her ankles. For some reason, Angela was very frisky when I arrived at her place, and she practically assaulted me in order to get me to the bedroom. I was afraid to be rough with her during sex, being fearful that I dislodge ‘something’. Her protuberant stomach, filled with a kicking baby, didn’t do much to sexually arouse me. I knew that there was a sexy Angela inside that pregnant, naked blob somewhere, and that she would return again after the delivery, but as I placed her swollen ankles against my shoulders, her formerly perfectly shaped, smooth feet had become noticeably coarse and dry, which reminded me even more of the sacrifices women make with pregnancy. In short, I went through the motions of sex, cumming in her after a good 45 minutes. I ‘faked’ my orgasm, or at least the strength of it just to get it over with. Angela, on the other hand, was oblivious of my lack of motivation. 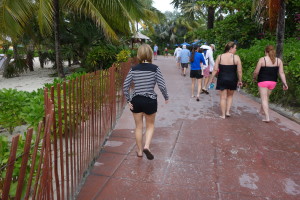 Angela was insanely irresistible before the pregnancy. I had just came in her butt thirty minutes before I took this photo!

So the rest of my Christmas holiday was spent with me being on-stage, plastering a steady smile on my face to keep everyone else happy. Introduced to Angela’s family as the ‘baby’s daddy,’ I had never foreseen myself being in this situation. I had planned on a traditional engagement and wedding, ultimately having a house with a white-picket fence, 2.6 children, and a dream job. So as I sat at the table with Angela, her parents, several siblings, and extended family, listening to them drone on about family matters and farming, I couldn’t but wish I were with Melanie or Cherise, worry-free and commitment-free on this fine holiday. Please pass the turkey…..