Cherise was blowing up my phone this morning wondering where I was at. Text after text after text…. She seemed very irritable, which wasn’t her norm. I called her up after stepping away from Angela, who also was clamming up to me. This whole holiday thing was totally stressful. I felt very uncomfortable around Angela’s family, who seemed ready and willing for me to pop the question to Angela. What if I don’t marry her in the end? Then this was time wasted.  That begs the question of what to do with all those photos and memorabilia that I collect with each particular person I am with. Do I pitch them and erase my memory of a whole period of my life? I see so many women who just literally burn their past when they move forward. They destroy old photos and change their entire Facebook story-line as if an entire segment of their life just disappeared and never happened! I think that is wrong, but we can argue that point all day. The past is the past and I say “live for today!”

Anyway, I called Cherise up, and she seemed out of it. She was crying and yet half stoned on the phone, saying she was lonely and didn’t go home. I couldn’t talk much to her because of Angela being so needy today, so I told Cerise I was at work. She threatened to come up to see me. What could be bothering her so much? I asked her, but she gave no logical reply, but kept saying how much she wanted me and needed me. Then she actually had the nerve to ask me to prove I was in the hospital by calling her from a land-line. That was unexpected…but I was ready for that. Enter the SpoofCard! This little gem of a creation allows me to enter any number that I want to appear on someone else phone as the caller’s I.D.! Interestingly, Cherise quickly calmed down, saying that she loved me and was sorry she doubted me after I called her back and her caller I.D. showed my hospital’s phone number as the caller’s source! I guess she was skeptical of me! I see problems on the horizon!

As for Angela, the rest of the visit was ho-hum boring. I had to be on my best behavior and uncomfortable, unable to let my guard down for a moment as her family was constantly trolling for information about myself! It’s hard to keep my stories straight. 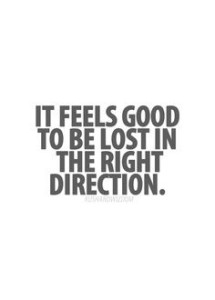 Nothing felt better than getting back home. I dropped Angela off at her place and drove off to get ready for work. I felt a weight lifted off my shoulders! I was glad to be busy tonight. It kept my brain from thinking too much. As always, the Medicaid bunch comes in the Emergency Department late at night. No one with co-pays would show up unless they were really ill. Every night at 2 A.M., every Medicaid mom brings inter child for a sniffle, cough, or fever, having seen their pediatrician ( so they say) earlier that day, complaining that their child has a fever. Of course, they haven’t given the kid any motrin or tylenol for the past 12 hours, so it’s not surprising that the child has a temperature! Of course, I do my best to diagnose some mystical answer for the illness, which is generally an ear infection – whether they have it or not. It allows me to prescribe an antibiotic, which every mother wants. In the meantime, the mother will sign in as well to be seen in order to get some chronic complaint taken care of on the fly. Of course they have Medicaid as well, so there is no cost to the patient for frivolous “emergency” visits. So now I have to treat the mother for ‘vaginal itching’ that she has had for the past year. At 2. A.M., this is an emergency?! Really? 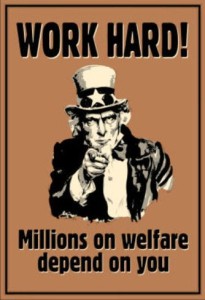