Ashley is putting on the heat. She has been calling me constantly and texting me in the past two days. I almost feel like I’m being stalked! I actually have ordered fewer X-rays so that Ashley won’t come into the department.That worked to my disadvantage on one patient because I missed a small wrist fracture! What a problem to have!

As far as the shift, I got hammered with all sorts of problem patients. In spite of the overwhelming busy state of the department, the patients all demanded immediate attention by me at everyone else’s cost. The tragedy of the commons. One patient even peeked her head into the trauma room where I was working on a cardiac arrest and asked when she was going to be seen! She had a simple sore throat and could clearly see the CPR we were doing. These people don’t care. Even if it were a family member, many people would sign in to be seen just because their ‘loved one’ was getting care as well. It was a convenience. The other shift, I had a lady having a heart attack whose two family members decided to be seen for back pain and bronchitis. I was the only physician in the department at the time, so I had to divert my attention from their mother to see these two stooges. Who would want to distract the physician from the care of their own family member? As if medical decision- making was that easy?

As if these cases weren’t annoying enough, one patient came in having fallen at work ( or so she said) .I recognized her when I walked into the room. She had the SAME complaint on two other visits for me in the past three months! I feel bad for her employer. This patient had moved into the area a year ago, having lived in the South. It was obvious she was ‘new to the area’ because her visit history included 25 visits for the past year with NO PRIOR visits before then. She too had Medicaid, so she had no copay and everything was free so there was no risk or cost to come in to the ER. Being 3o years old and having no medical problems, she certainly had a lot of Emergency Department visits. Everyone visit  concluded with a work note, which is why she would come in to see us. A free visit, a check up radiologically, and a work note with occasional prescriptions for Percocet is what she wanted – all at the taxpayers cost. On the drug monitoring program, she had 50 prescriptions for narcotics in the last year written by 15 different physicians and filled out by 12 pharmacies! Her other visits were all late at night and included visits for bladder infection symptoms, yeast infections, cough, back pain, and diarrhea. She had close to 10 cat scans of various parts, all of which would increase her going term risk of cancer. As I examined her, she was steadily texting on her phone. I can’t be certain that she wasn’t videorecordnig our visit because of the was she held the phone pointed at me. I though it was unusual for someone age 30 to be falling so much. She must use a lot of pain medications, for that is the most common reason for falling in young people. I am surprised she worked at all, but I am also surprised that her job still kept her. As far as patient satisfaction, I gave her a small prescription of Percocet this list. Of course she was allergic to motrin and Toradol and Ultram, all of which are not narcotics. I have yet to see a real live allergy to these medicines. They just make this shit up about allergies and their injuries. Of course at discharge I gave her a prescription because I didn’t want her to complain to administration that I was ‘not caring.’ I ordered a Cat scan of her again as well. Death by radiation is her sentence!

Much later, Ashley managed to capture me in the doctor’s break room. I really didn’t want to ignite that flame, but seeing how I had rekindled things the other night, I was stuck. She asked me if I was avoiding her, and I told her I was…because I was getting a cold. She didn’t care…she worked her hands down my scrubs and took advantage of my weak mental state! 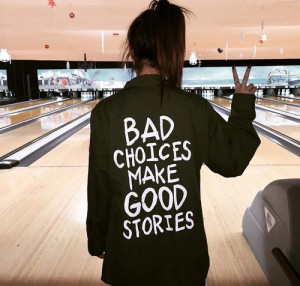