I have to work again today after three hours of sleep. Ryan kept crying for some reason. I guess the beast is starting to come out of those tiny lips! Angela crashed hard, so I actually got up and fed Ryan. I feel like I’m going to break him everytime I hold him, but then I remember how I have to deal with children at work, especially when I stitch them up. I love watching those see-through pacifiers as his lips suck on it. It almost looks like a snail on a glass aquarium! I’m beginning to like the little guy.

After a late afternoon lunch with Angela, I ran to my parent’s house. My mom was feeling a bit ill, so I went to check on her. I wrote her a script for an antibiotic for her bronchitis. She was rattling with every cough. Meanwhile, I fielded a few texts from Melanie and Shana. They both wanted a visit, but I decided on Shana, because I was feeling frisky and Shana could get real crazy under the covers! 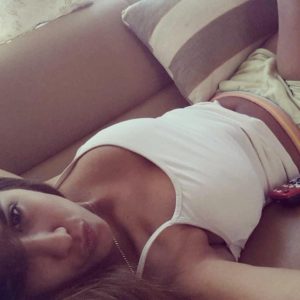 I felt bad leaving my mom so quickly, but time was short today, and Shana was waiting, and I only had a few hours to spend before my shift. Before  I could go for my visit, I had to stop at home to get my clothes and basic ‘stuff’ for work. I kept my car loaded with changes of clothing, toiletries, and other apparel because I was always on the run. I practically lived in the car. My house had cobwebs growing on the front door for lack of use! I actually hate being at home because it reminds me of Sarah all the time.

I read my mail on the way to see Shana – bill after bill it seems was in my overflowing mailbox. Late fees, threatening letters, and collection agencies were all piling on me. I had some cash after my exchanges at the Emergency Department, but that wasn’t enough. I am stressed, and I took it all out on Shana in bed today! 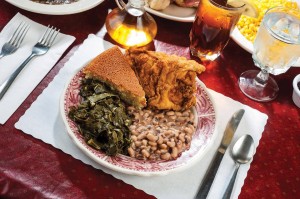 Sat down for a quickie and a quick meal with Shana

As for work tonight, it was business as usual. I had a few more clients come in for pain medicine refills. I needed that cash really bad. My contact was excellent about sending me business. I made an extra thousand as a result of that. I also managed to grab another bottle of Percocet from an oncology patient in the department. I was able to reach in and grab the bottle after he went for a cat scan and his belongings were left behind. In fact, I even pilfered his gold chain. I had no qualms about it – I was desperate for money. As for Phillip, who was here again tonight,  I made certain the nurses kept him busy. He somehow keeps lurking in the shadows. At some point I need to solve this problem, and I know he’s watching me.

As for my patient load tonight – it was all about bad teeth- Literally. All the methamphetamine out there had destroyed half of the city’s teeth. I can’t imagine having ground-down, black, pointy nubs for teeth! I would never smile again, but these patient come in all the time and have horrible teeth with stank for breath…I don’t know how their partners can stand it, unless they too are on drugs! One patient was being seen for a tooth ache at 3 A.M., her eyes were half-closed because her Methadone kept her in a perpetual zombie-like state. I swear that the zombie apocalypse is here – all these drugged-out people live their lives day-to-day, remembering nothing except when the next time for their pain medication will be! Bad teeth – what an easy way to score pain medication!

One last thing for my shift….I can’t stand the way Phillip is following me around. As I went to the doctor’s room, he was standing at the hallway’s edge, staring me down as if to say, “I know what you did.” Maybe I’m just being self-conscious.