This weekend, I am going to head down to see Cherise. She has been a bit agitated lately because I have been ignoring her. I called her and chatted for an hour on the phone with her, which I thought would appease her, but apparently not. I am exhausted, and was able to get only three hours of sleep because Melanie wanted to meet up for lunch. I popped a Ritalin to get me moving, but I met with ‘Mr. Contact’ on my way over to give him a bottle of Dilaudid 4 mg tablets that I had snatched from a DOA (dead on arrival) patient who had multiple medication vials in a bag under the bed. It’s been an easy task to collect mediations from the older folk in the department. No one seems to care or monitor it, except Phillip, who seems to be following me incessantly as I work.

I collected $500 for the bottle and was on my way. I could at least pay the mortgage, give Angela some money for Ryan and her rent, and send some extra money down to Cherise. Meanwhile, I needed to purchase some Truvada because I didn’t want to contract HIV from Melanie. Truvada decreases transmission rates of HIV, and since I wasn’t using a condom with her, I wanted to at least do something. It was hard for me to resist Melanie’s powerful persuasive powers….it’s like a tractor beam for my cock…beam see up Scottie!

Melanie had been drinking early this morning, so she was a bit wild when I showed up. I was starting to get the buzz from the Ritalin, which by the way, I snagged as well from a younger mental patient one of my colleagues evaluated in the Emergency Department. I was always amazed by the assortment of pills some of the ‘mental’ are on: Haldol for the psychosis, amphetamines to wake them up from the MSContin they use for chronic pain, which makes them anxious so they need clonazepam (a valium-like medicine), which in turn make them sleepy and so they need the amphetamine to stay awake. Mix that with the marijuana and sometimes alcohol and cocaine, it almost becomes a drug buffet!

When I got to Melanie’s place, I imbibed in Mimosa’s that she was having. I love those things! I had a buzz in no time. Next thing I found was Melanie was wrapping her thighs around my waist and going places that no man had gone before….She was going geographic on me! 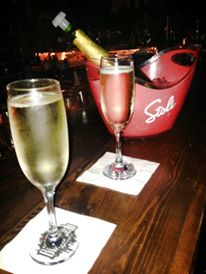 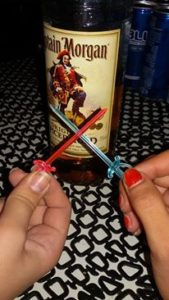 I’ll fight you for the rum! 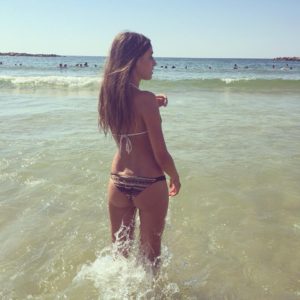 I can’t wait to dive into that body! Let’s go savage!