I have another shift to get through. I have so much on my mind also, which, for some reason, won’t ever shut down. I toss and turn with the little sleep I get, and then I’m exhausted when I need to be awake. I have money problems still, and I have too many women in my life. I never meant for them all to stick with me, but none of them will go away! The less  I pay attention to them, the more they hang on to me!

In the meantime, I hurt my tooth from grinding it while I was sleeping. I guess it’s from the Ritalin. At least now I can focus a bit at work. When I got to work, Ashley was running the radiology department for the night. We casually grabbed each other’s hand as we walked by each other in the hall, smiling about something to come this evening… Her soft hand reached out to mine as a patient dragged behind her. I think I need a pelvic X-ray tonight.

Later, I noticed one bedraggled patient rambling out of a cubicle with a urine cup filled with bright, yellow urine. It isn’t his cubicle, but he had somehow wandered into it and left with someone’s urine. I sat back and observed the situation. It turns out he had an accident at work and needed a clean urinalysis, so he went into an elderly patient’s room, assuming that they probably had no drugs in their system, and took their random urine sample. When I think about it, there are urine cups scattered all over the department. You can find half-filled specimens behind sinks, under the beds, sitting at nursing stations, and pretty much everywhere. I will keep that in mind the next time I order a drug test on someone who I know has drugs in their system and discover their test in negative. They may have just grabbed someone else’s urine. The ole’ ‘water in the urine cup’ trick is too easy to catch!

Most of the patients on the board were foreigners – most spoke some insanely remote language. Spanish was easier for me since  I could communicate relatively well in that language. As for most of my patients at this late evening hour, there were a lot of pregnant, vaginal bleeders and heavy-set women with sudden-onset lower abdominal pain. Being a weekend night, the most common pelvic complaint from young women was due to ovarian cysts. All that sex going on out there, and within the hour afterwards, all those women had their cysts popped during sex. It’s almost like hearing someone walking on bubble wrap out in the community: ‘pop’ ‘pop’ ‘pop’ as all the young, generally fat girls get poked by their guy and then get acute lower abdominal pain from their cysts rupturing. It is so predictable. The same thing occurs with the early pregnant girls. They have sex and then start to bleed. Did the baby get speared and killed during sex? It’s almost a routine and of course they all need a sono to chicken the baby.. Of course, later in the evening, after this bunch of complaints comes in, the next wave of pelvic problems shows up: bartholin cysts. Large boils on the vaginal lips that result from shaving or too much friction from sex or being fat! I hate having to cut those things open. All sex related it seems.

Some of my charts look the same. The later in the shift it is, the more similar the problems become. The patients are getting so fat and visit so frequently, it is getting harder and harder to get intravenous access! Rolling veins, sclerosed veins from prior access, or just too much fat leads to a battle for every drop of blood…especially at our weakest moments of exhaustion! So this is how I categorize some of my early morning (3 A.M.) patients. Everything becomes a crisis because they haven’t slept all night. They all are on some antidepressant and anti anxiety agent, like clonazepam (Valium) and have multiple psychiatric diagnosis, such as depression, anxiety, PTSD, suicidal ideation, or Bipolar. They frequently visit the Emergency Department when there are minimal resources, meanwhile they have vague complaints like chest pain, dizziness, or numbness. Being less than their mid-30’s usually lessens the medical possibilities, but being overweight (i.e. 350lbs or more) makes anything a possibility. Because they are so fat, the women all have irregular and painful periods with histories of ovarian cysts and fibroids. Many will put down endometriosis as well, even without a clear diagnosis. Dilaudid is always on the menu for pain control, because everyone has incredibly theatrical allergies to Toradol (an anti-inflammatory pain reliever similar to motrin) or Ultram, which is a non-narcotic pain reliever. Others will put codeine as an allergy because they find Tylenol#3 doesn’t work and just place it as an allergy so we won’t use it. In the end, to avoid arguments and a hassle, I give them what they want and however much they ask for! At the end of the day, they get their fifth cat scan of the year for the same problem and end up with a work note and a prescription of Percocet of the pain. I get a great review on the surveys because I am their hero because I ‘took them seriously’ by using ‘serious’ pain medicine!

After I cleared everything up, I ran to radiology to see Ashley. I tugged her ponytail as I snuck up behind her, wrapping my arm around her breasts, which felt incredibly firm from all her exercising. She turned her head and gave me a very sweet kiss and then proceeded to grab my hand and take me into the radiology changing room, where we proceeded to undress each other and do naughty things…I don’t want to be too graphic, but Ashley is so amazingly tight!

Later in the shift, I overheard one of the nurses, Clara, a friend of Ahsley, mentioning that Ashley had been trying to rekindle a relationship with her ex-radiologist boyfriend. Clara was bragging how she had covered for Ashley and the radiologist (Zack) so they could have sex in a call room. Clara described, in painful detail, that Ashley and Zack let her watch the whole thing just for the thrill. Clara, being a bit earthy in appearance, loved the intrigue and sat to watch them get it on. It dawned on me that I got the left-overs tonight! 🙁 I guess I can’t complain, seeing how I haven’t really paid Ashley attention like I should, but I am going to shower when I get a chance tonight. I obviously have Zack on me. 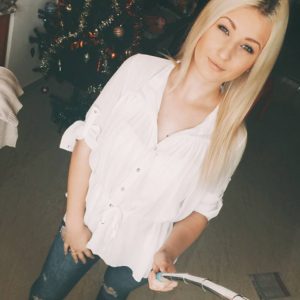 Ashley is irresistible – I wish I could focus on one woman!