I’ve been a little busy and stressed lately as you can imagine. I’ve been hustling for extra money since everything is costing me an arm and a leg it seems. So Angela and Ryan are getting along fine, but her medical bills have been astronomical, and I have been paying for all of them. I write Angela a check and she pays them out. It’s been close to $2000 so far. She had no insurance, it turns out. Ryan, likewise has had his share of problems. I love feeding him and watching his snail-like lips suck on the see-through pacifier. I love poking him softly in his little buddha-belly and watching him look at me in amazement, stopping his feeding on the spot, only to resume them a moment later when nothing else happens. He has required a special, super-expensive formula for his reflux problems. That only adds insult to injury.

So tomorrow I am heading to  see Cherise. I missed going there last week because Angela had a bleeding episode and had to go the the hospital. While she was there, I had a quick meal with Shana at a nearby restaurant – a quaint little French spot. Angela had been given some strong pain medications and was knocked out. Her tests were going to take several hours, so I decided to take a chance and ask Shana out since she lived relatively nearby. I told Shana that I had been called into work and had only a short time to spend. It was hard to keep my hands off her when I saw her, I wanted to take her out back and rip her clothes off… I was so horny. It seems like I had a ton of women but get less and less sex! Because I wasn’t spending the night with her, Shana told me that she wasn’t going to have sex with me tonight – I really just wanted a blow job or a quickie in the car! It was so painful to walk away from all that beauty! 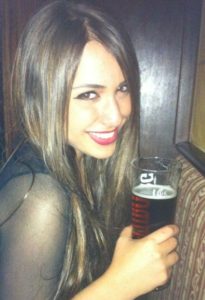 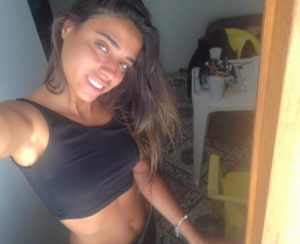 So, I snuck away from Angela to see Shana, who snubbed me in my moment of need! I blew $100 on the meal also! I got back in time for Angela to be discharged though. Not a moment too soon!

I had to work the next day after losing sleep feeding Ryan, who changed from a quiet, cute baby, to some sort of crying, pooping machine, getting up every 2 hours for one reason or another! I had red, bleary eyes when I arrived at work, my whole body was buzzing with exhaustion. Ashley was working a shift today, so I was able to sneak briefly up to a call room with her and blow off some frustration. She made me pull out when I came, which ended up soaking my scrub top and hers with my ‘pride and joy.’ I merely wiped it up afterwards while we both laughed it off. It wasn’t so funny when I did a Wood’s lamp examination and my cum visibly showed up on my scrub top a few patients later! (The fluorescent light  from the Wood’s lamp highlights semen stains – we use the lamp to look at eye injuries.) Luckily the patient had their glasses off, but my shirt was rubbing against her face as I leaned over her. Poor girl…if she only knew! She was actually quite cute…

I had a short temper today as the shift went on, but one patinent in particular really got to me. The patient had become a regular visitor, but she never gave a real name or identification. For the Emergency Department, no identification is ever needed, and she never gave one. She was pregnant, and had been seen before for pregnancy related issues. She knew we had no Obstetrical services and as soon as she saw me, she demanded that I transfer her immediately without an examination. She was rude and obnoxious and unthankful. Thank God for free care – if that was even care. Patients can demand an immediate transfer and get it too. It turns out she walked off the ambulance when it got tho the next hospital. She just wanted a ride to get to her friend’s house which was near the other facility. That was a $1000 cost to the system and taxpayer!